Bianca Dawkins is a Philanthropic Services Associate at the Minneapolis Foundation. In that role, Bianca helps 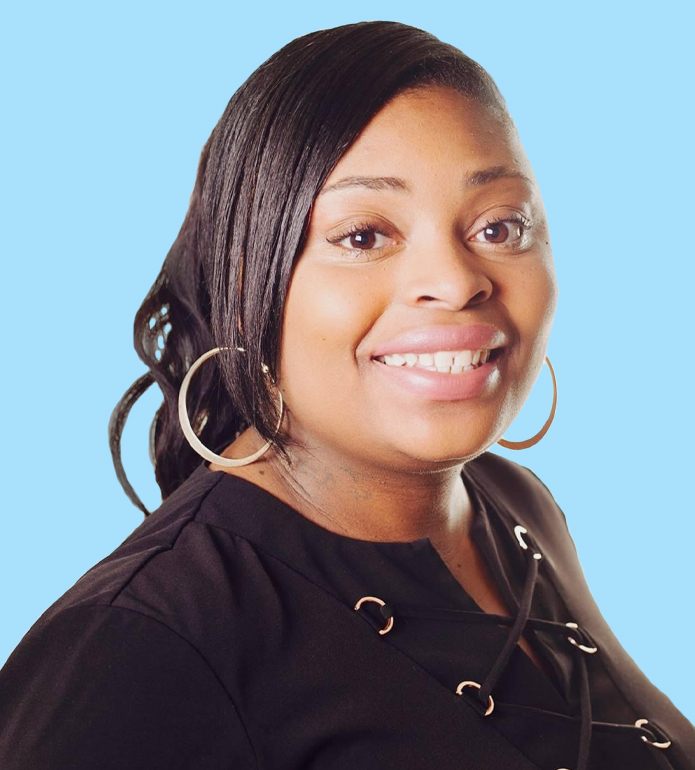 with the Emergency Fund to provide immediate financial and economic support to people in need both in the area and around the world as part of the donor-related funds. She is also the Founder and CEO of Faces of Hope and Elevate, a board member for Art to Change the World, a mother of two, and a student. Bianca is nothing short of a powerhouse. Bianca’s ambition stems from her upbringing and a desire to provide others with the healing spaces she did not have access to as a youth. Bianca’s Earn and Learn journey started at the age of 18, when her mother found the courage to get out of a dangerous situation and went to a domestic violence shelter. During that time Bianca worked for StepUp, which placed her in the Minneapolis office of Community Planning and Economic Development (CPED). While at CPED, Bianca was supported as she authored a 32-page document about preventing domestic violence that went to the mayor, police chief, and city council, leading Bianca to be the first youth invited to sit on the Violence Prevention Committee.

The Violence Prevention Committee, at the time, was primarily comprised of older white men, which made it difficult for Bianca to feel like she could connect to her fellow committee members as a young Black woman. As Bianca worked in CPED and on the committee, she was connected to Youthprise and was nominated as a Change Fellow. Youthprise mentored Bianca and supported her in bringing Faces of Hope to life. Faces of Hope raised over $20,000, working on domestic violence issues and with youth to design dolls that promote self-love. While running Faces of Hope, Bianca went to work in retail for Nordstorm and gave birth to her first child. During this time, Bianca also went viral and landed in Teen Vogue, though not for the reasons she might have imagined for herself. While at a hair salon, Bianca’s stylist referred to her hair as “animal hair”. Bianca chose to post about this experience and was also motivated to start 1-4C, an initiative to get all hair salons in the Twin Cities metro to become 1-4C hair certified to be able to style all types of hair.

Meanwhile, while she wasn’t running businesses, or raising children, or interviewing for Teen Vogue, Bianca was hard at work networking for herself. Bianca seeks out spaces and people who she can learn from, and actively tries to put herself in a headspace to learn from everyone, even when they do not share common experiences. While working in retail Bianca relied upon mentorship from then-president of Youthprise, Wokie Weah. She sought out new relationships by actively emailing 15 or more people a day through LinkedIn. Bianca’s ceaseless networking provided her with a wide range of mentors to learn from and helped her find her current role with the Minneapolis Foundation. Along with her networking activities, Bianca also went through Studio E, which helped her gain personal confidence while navigating the unknown, creating ideas, and bringing them to life. Through all of this Bianca has learned not to let fear get in her way or prevent her from asking for help.

This whirlwind of jobs and side ventures is all part of Bianca’s desire to create healing spaces for others. And in doing so, creating these healing spaces for others has also given Bianca healing spaces for herself. She loves the gratification of helping to improve other people’s lives. All the while Bianca is already looking to what’s next, creating another side venture to create Healing Boxes for women going into domestic violence shelters and gearing herself up to attend Law School. We at Sundance are excited to see what Bianca will do next and are eager to watch her continue on her path!