You may remember last summer reading about the Life of a Tried and True Youth Mechanic. We featured one of our Tried and True students, Thomas Perrault. He participated in the program for two years, was awarded a $1,000 scholarship by a partner of the program, and was headed off to Alexandria Tech to earn a degree in diesel mechanics. We told you (ok, we were bragging) that Thomas’ story isn’t unique. Well, here’s an update: It’s still not. 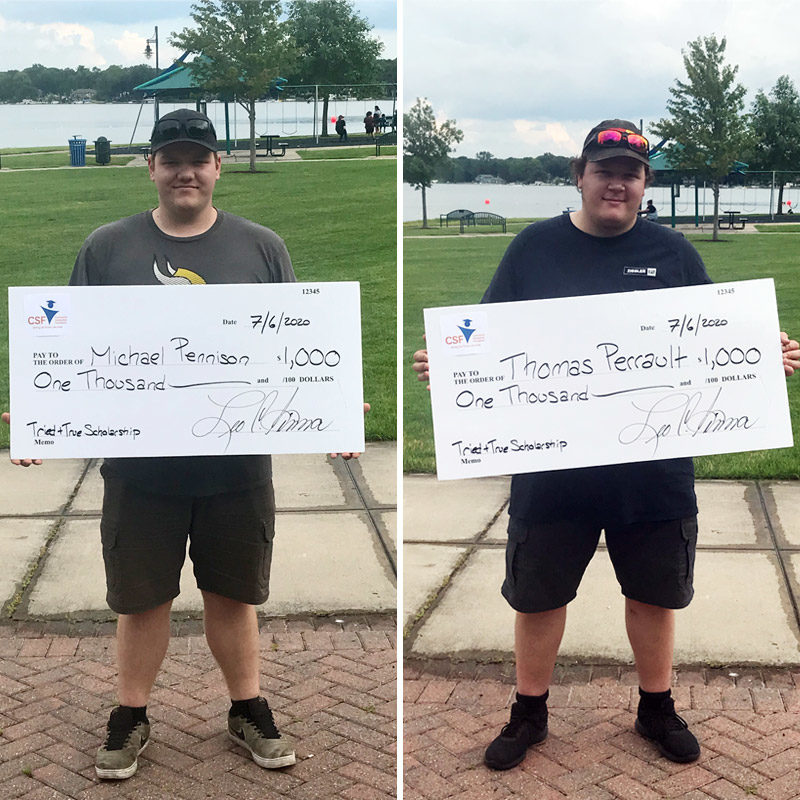 We were able to refer two other Tried and True participants to our partner, Community Scholarship Foundation. They were both awarded $1,000 scholarships this year. Oh, and another update. Thomas also received another $1,000 scholarship for his second year.
One student is Zach Hentges. He started Tried and True in 2018. He was recruited by a friend who was already in the program, Michael Pennison. Michael joined Tried and True a year earlier, in 2017. Both Zach and Michael attended Forest Like High School and they were both in our Saturday morning session at Tried and True. Curious to know who else was in this session for two straight years? Our one and only, Thomas Perrault.

Over those two years, they all played a part in each other’s development. Thomas, Michael, and Zach all have their own wonderfully unique personalities. It was clear they all grew by learning naturally from one another, both professionally and with their technical skills in the shop. They participated in our Professional Development program where they worked on skills such as communication, teamwork, interviewing, and much more. Was someone talking too much during shop? One of them would call them out on it. Could one of them not figure out what was wrong with a lawn mower? They came together to figure it out.

By being able to offer a workforce readiness program outside of a traditional day at school, Tried and True is able to offer something more. There were other students who attended the Saturday session throughout those years. These three young gentlemen welcomed them all. By participating out of school time programming, opportunities to feel connected increased — from running to the gas station on breaks to going to a car show with our Tried and True mechanic/instructor, Jim Goserud. This type of programming helps youth gain a sense of belonging and to develop additional healthy relationships- in addition to developing mechanical skills. 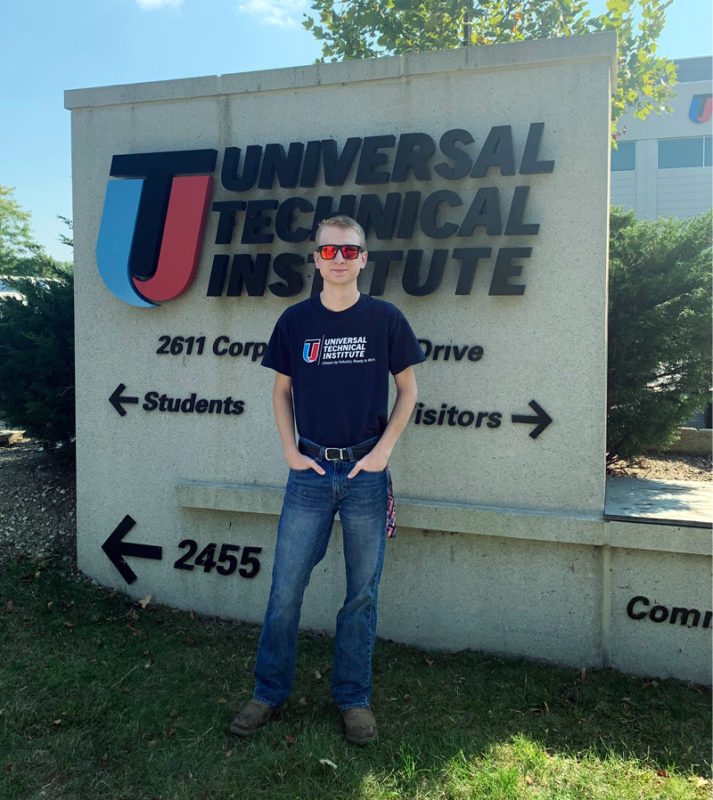 Zach is down in Illinois attending UTI for auto mechanics. He is in a year-round program, and he will graduate after 52 weeks. He plans to continue for another 35 weeks to specialize in Ford and Porsche. Thomas has started his second year at Alexandria Technical & Community College. He also welcomed Michael (who he met at Tried and True, by the way) there this fall also for the diesel mechanic program.