Below are success stories from two of their interns. 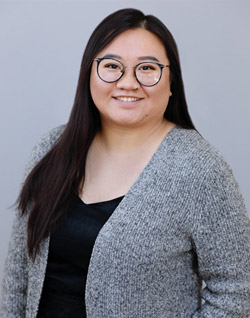 Alicia learned about the Ramsey County Public Sector Leadership Academy through her sister. Her sister had found the posting on the county’s jobs page and thought Alicia might be a good fit.

Alicia reported that her favorite part of the internship experience was working alongside Mr. Pelto, a planning specialist at Ramsey County Parks & Recreation. She helped Mr. Pelto with a project to help makes access to county parks easier for residents by mapping out public transit routes to get to parks and recreation areas across the county. Alicia also enjoyed working with elementary aged students at the Tamarack Nature Center. She “admired how their (county staff) lesson plans heavily involve science and creating ways for kids to be active during the winter season”.

Alicia reported that through the program she learned how little she actually knew about the career opportunities that exist in the public sector. Coming into this internship, she had her own perceptions and ideas about government, but throughout the experience grew in her appreciation for the people that work in public sector jobs, everything from Libraries to Public Works.

“The internship made me reevaluate my own skills and values. I definitely want to be much more intentional in working with people that align with my values. I think the whole purpose of it is to ultimately walk away having a better sense of self which I think I achieved.”

Alicia was unsure about her future career aspirations prior to entering the Academy and hoped that it would provide her with some clarity and guidance. Throughout the course of the Academy, Alicia realized that her passion for music could also become a career. She hopes to one day live a life full of touring, visiting different studios and working various producers. During the internship, she realized that she is also passionate about activism and doing activism through work. Alicia reported that she had always believed that people have to compromise their passion to do a career but that the staff at Ramsey County demonstrated that you can blend the two.

Recently, Alicia just accepted a position as a youth coordinator at The SEAD Project, which works to grow an empowerment ecosystem in Southeast Asian diaspora, through language and storytelling. She will be assisting with the logistics and mentorship for The SEAD Project’s SEA Change Lab program, which is a cultural, creative arts and leadership program for youth and young adults. 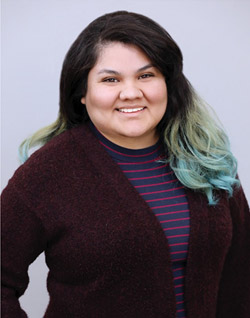 Jun reported that her favorite part of the internship experience was getting to know what every area of the county does. She found her first two weeks, working with Property Management, to be the most interesting. As someone who likes working with her hands, Jun found the work exciting, and also liked learning about the county buildings, particularly the older buildings and how to care for them.

Through this internships experience, Jun learned that jobs at Ramsey County are actually being provided by people who live in the community. She said that she enjoyed learning more about the public servants, including who they are and what they believe, who serve the Ramsey County residents.

Jun is interested in pursuing a career as a librarian, teacher or hairdresser. She said that the Public Sector Leadership Academy helped her zero in on the specific roles and careers that are available in government that she is interested in, and how they compare to her previous jobs, primarily in retail. Since the unexpected end of the Academy due to COVID-19, Jun has been focused on taking care of herself and is looking forward to getting her drivers license, finding other training opportunities and maybe getting another job at Ramsey County.